The Osprey  (Pandion haliaetus)  is a diurnal, fish-eating bird of prey with a cosmopolitan range. It is a large raptor, reaching more than 60 cm (24 in) in length and 180 cm (71 in) across the wings. It is brown on the upperparts and predominantly greyish on the head and underparts.

The osprey tolerates a wide variety of habitats, nesting in any location near a body of water providing an adequate food supply. It is found on all continents except Antarctica, although in South America it occurs only as a non-breeding migrant.

The upper parts are a deep, glossy brown, while the breast is white and sometimes streaked with brown, and the underparts are pure white. The head is white with a dark mask across the eyes, reaching to the sides of the neck. The irises of the eyes are golden to brown, and the transparent nictitating membrane is pale blue. The bill is black, with a blue cere, and the feet are white with black talons.  A short tail and long, narrow wings with four long, finger-like feathers, and a shorter fifth, give it a very distinctive appearance.

The sexes appear fairly similar, but the adult male can be distinguished from the female by its slimmer body and narrower wings. The breast band of the male is also weaker than that of the female, or is non-existent, and the underwing coverts of the male are more uniformly pale. It is straightforward to determine the sex in a breeding pair, but harder with individual birds.

One of only six land-birds with a cosmopolitan distribution. The osprey is the second most widely distributed raptor species, after the peregrine falcon. It has a worldwide distribution and is found in temperate and tropical regions of all continents except Antarctica. In North America it breeds from Alaska and Newfoundland south to the Gulf Coast and Florida, wintering further south from the southern United States through to Argentina. It is found in summer throughout Europe north into Ireland, Scandinavia, Finland and Scotland, England, and Wales though not Iceland, and winters in North Africa. In Australia it is mainly sedentary and found patchily around the coastline, though it is a non-breeding visitor to eastern Victoria and Tasmania. 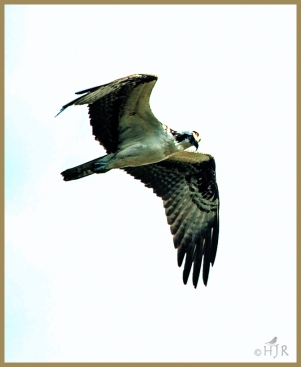